These words haunted me for many years.  I was in debt and it seemed that all of my income was being used up by payments to a variety of different banks.  I remember the feeling well.  It was crippling.  And I felt imprisoned and strangled by the money that I owed.  I beat myself up for spending more than I could pay at the end of the month.  I felt like I knew better.  Yet somehow, here I was. What a mess!

This is obviously very personal information.  So, why am I sharing it with you?  Because I think you might be in the same situation and might feel the same way I did.  Furthermore, I found a path out of the nightmare.  And I want to share it with you in hopes that you can follow me out of the woods to freedom!

I know it’s “normal” for people to have credit card debt.  But why is that?  Why is it normal to spend more than we make?  This violates a personal rule I have.  “Never let today rob from tomorrow.”

When I did the math and calculated the compound interest being charged on my debt, I was looking at several years before I would get to the end of this nightmare. And if I only made the minimum payments on all of this stuff, I would never get out. This just wasn’t okay with me. I had to make some changes.

So here’s what I did:

1.  Take responsibility for your debt

I had lots of reasons (or excuses) why I charged these expenses on credit cards.  And at the time, all of my expenses were justified.  Some were even emergencies.  But, the fact remained that I was the one who got into the situation.  And I would need to be the one to get myself out of the situation.  No one was standing in line to save me.  It was up to me.

2.  Change your thinking about debt

I developed a “no excuses” mindset that I would need to get out of the mess.  The voice in my head that said “I deserve this” had to be silenced.

I started thinking about money the same way you have to think when you are on a diet.  Only, I replaced food with dollars.  Instead of watching every bite I put in my mouth, I watched every penny I spent.

Although I wouldn’t have classified myself as having a poor man’s mentality, maybe I did.  I mean, I spent money that I hadn’t yet made. And, even though I could justify the expenses and tell you that they were mostly auto repairs and medical bills, who cares?  No excuses!  I was in debt and I had to find a way out.

3.  Gather all of the facts and create a plan

This was hard.  And there were tears involved.  Lots of tears.  I was already living on a budget.  So, I was a step ahead of those who weren’t.  You can see the system I used to budget my finances by clicking on the link.  Now I had to take a really hard look at those budgeted expenses and find things to cut.

I also made a list of the banks I owed money to.  ALL of them.  If you’re following this plan, include the people you borrowed money from as well.  And if you’re behind on a bill, add that to the list too.

This is where the tears started for me.  I now had an exact number of just how indebted I was.  But this is also where I felt empowered to make a change.  I had all of the information I needed.  I just needed a plan.

Note: I kept this list updated every single month. It motivated me to see the debt decreasing more and more.  And it kept me moving in the right direction.

Let’s be honest.  Most of our eating out money is spent because we just don’t feel like preparing food at home.  And it’s really easy to justify this over-budget item when you’re exhausted or have had a bad day or when the kids are driving you absolutely crazy.

I created rules to protect myself from these kinds of things and from my own personal weaknesses.

For instance, my budgets always include a small amount of pocket cash.  I don’t track the expenses associated with this cash.  It is just budgeted as pocket cash.

On days when I was tired and didn’t feel like cooking, instead of pulling out the plastic, I created a rule that any eating out must come out of my pocket cash. This kept me from having expensive restaurant bills.

I mean, this usually meant I fed my kids cheap crap for dinner.  But after doing this several times, I realized it would be even quicker and easier to keep cans of soup in the pantry or have frozen dinner options available at home.  I was learning new habits.  Success!

I used my money for groceries, gas, and basic household expenses. Notice the word “basic?”  I didn’t subscribe to cable television or streaming services.  There were no frills.  I didn’t go out to eat.  I didn’t use my money for entertainment. And, I only bought the clothing that we absolutely had to have.  I looked over all of the monthly subscriptions to this or that and determined I could live without these things for some time while I paid off my debt.  I was serious about finding every extra dollar I could to get out of this nightmare as fast as possible.  Short term sacrifices were doable for long term benefits.  Interestingly, I never even missed them.

I took on part-time work to get extra money.  Fortunately, I found ways I could do this from home.  But this meant that I went to work and then I came home and worked.  I was always working.  And I was always tired.  But it was worth it!

Initially, I felt like a bad mom.  But instead of allowing myself to feel this way, I decided to use this as a teaching moment for my kids.  When they saw me working long hours or when I couldn’t do something they wanted me to do, I told them that the reason I was working so much was that I had allowed myself to take on debt.  Consequently, I now had to work extra hours because I had pre-spent my money and had to pay it back.  I discussed the dangers of debt.  Life lesson taught… good mom.

I also listed lots of items online for sale.  My daughter thought it would be fun to have a garage sale.  And as much as I hate garage sales, I wanted to encourage her entrepreneurial attitude.  She liked to earn money.  So, she put some of her things out there as well.

How embarrassing!!!  Even though I blog about my weaknesses and personal failures, I really am a very private person.

I started by coming up with a list of excuses for why I couldn’t go here or there when invited.  But that became annoying.  Finally, I just told the people in my life what I was doing and they supported me.

Furthermore, MANY of them came to me and asked for help with their finances.  Then, I was asked to teach a class at our church.  One class turned into YEARS of classes which has turned in to this blog.  I have lost track of the number of people I’ve helped with their finances.  And the fulfillment I’ve received as a result has been priceless.

In summary, you need accountability!  And maybe you can help someone else along the way too.

I started with the bank I owed the least dollar amount to and paid them off. Once I was free from that debt, I added that payment to the payment of the next bank on the list, and so on, and so on.  I got so good at this process that I kept going and paid off my car as well.

I’m not going to lie to you.  The process of getting out of debt was overwhelming. And it was hard work.  But I was focused on one creditor at a time and that made it easier.

Getting out of debt requires commitment.  And it usually takes years of sustained commitment.  To help get through the very long process, I created small rewards when I met certain goals. If it was a small goal, the reward might have been a dinner out and maybe a movie. After paying off a really large debt, I planned a bigger reward. But, I didn’t go crazy.  I wanted to avoid the mentality that got me into this mess to begin with.

I worked hard and it paid off.  At the end of three years, the only thing I owed money on was my house.  And I had this large number budgeted for debt payments that was now free.  I was able to repurpose that money to other priorities.

Nothing happens if you don’t create a plan and make it happen.  You have to first make a decision. I stayed in debt until I created a plan to get out of debt.  Even though other people seemed to have enough money to have it all, I soon learned that they all had payments on all of the stuff they “owned.”

I finally realized that I was rich because of who I was, not because of what I owned.  All of these changes in my thinking helped me slowly work my way to freedom.

Was it worth it? Absolutely!

Would I do it all over again? You bet.

If you know someone who would benefit from this article, please share it with them.  Also, I’d love to hear about your debt free living journey as well.  Keep it touch!

How to Avoid Distractions, Stay Focused & Be More Productive

Why Budgeting Finances Doesn’t Work – Here’s What Does

Good for you. This is the truth, “We decided that we were rich because of who we were, not because of what we owned.” To many people get caught up in trying to impress other with things. It is great that you and hubby worked together with this problem. that is what relationships and marriages are all about. working together.

Great plan and you worked your plan. To me the first step is to throw away the plastic. It can get you in more financial problems than you need.

Thanks again and blessing to you,
Debbie

Great point Debbie! Throwing away the plastic should be included in the “We stopped spending” section. The credit card may be the single worst invention in history.

I just need to quit spending and start paying back and saving. I know it works just really need to discipline myself.

We’ve all been there. Try to set up some rewards for yourself. Reach a goal, get a reward. Just find your motivation. It’s different for everyone. You can do it!! 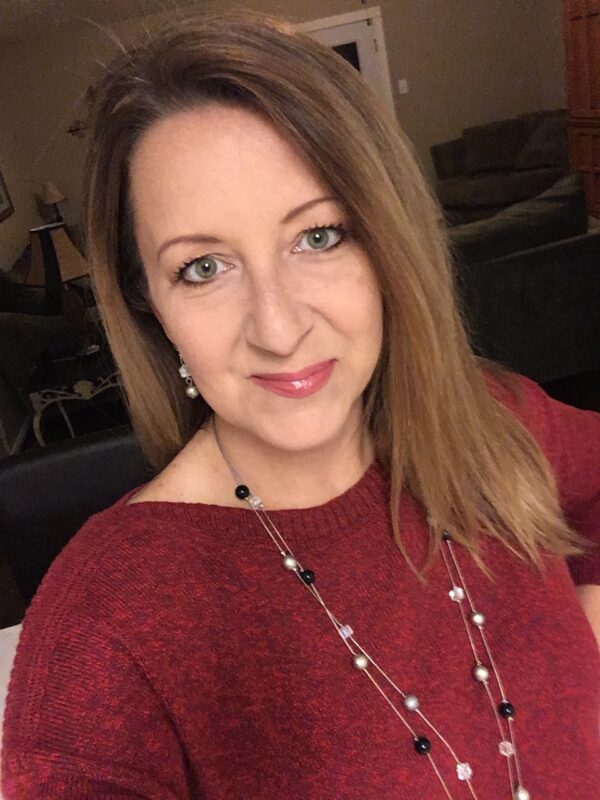 Most women are overwhelmed with life’s responsibilities and don’t have enough time or money to enjoy life and make memories with the people they love. I help them create simple personalized home systems to balance their busy lives and discover the peace they never dreamed possible.
READ MORE